Can I only buy Bitcoin with Vimba? 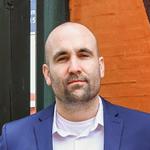 Updated 9 months ago by Alex Munkachy

We encourage our savers to save Bitcoin, but we currently support two other cryptocurrencies: Ether and Xem. Here's a quick look at their major similarities and differences among the three currencies we support.

Even though other competing coin projects have emerged since 2008 when the mysterious Satoshi Nakomoto published the Bitcoin whitepaper, Bitcoin is still the most popular cryptocurrency on the market today. One of the best things about Bitcoin is that a growing number of businesses-- including Microsoft, Overstock and Newegg, just to name a few-- accept Bitcoin payments. Bitcoin's stakeholders (miners, major investors and developers) try to develop and implement upgrades and partnerships that increase Bitcoin's value and preserve the decentralized, trustless nature of its network. This focus on improving Bitcoin's usability as an alternative to government-issued currency and maintaining its scarcity makes Bitcoin similar in many ways to gold and other similar assets. The new Lightning Network-- a "layer 2" protocol that runs on top of the main Bitcoin network and facilitates faster payments-- is one of Bitcoin's most exciting new features.

Related: What is Bitcoin?

Ether-- the token that powers the Ethereum network-- is the second most popular cryptocurrency after Bitcoin. The key differences between Ethereum and Bitcoin stem from the fact that the two cryptocurrency networks have two completely different use cases. As mentioned above, one of the Bitcoin stakeholders' major goals is to help Bitcoin grow in value. To the creators of Ethereum, on the other hand, the price of Ether is only a secondary concern. In a recent interview with Unchained, Ethereum creator Vitalik Buterin explained that he and other Ethereum developers didn't pay much attention to the price of Ether until recently. Instead, they focused on designing new virtual machine features and enhancing the existing ones-- of which there are now many. For example, blockchain software developers are just beginning to tap into the power of Ethereum smart contracts. Smart contracts let people exchange property, money, shares and many other assets-- all without the need to go through a middleman.

Related: What is Ethereum?

Xem is the token that powers the NEM (New Economy Movement) network. Unlike many altcoins, the software that runs NEM/Xem is not simply forked, or copied. The reason for this is that the makers of NEM needed to come up with a completely different type of cryptocurrency platform-- an adaptable one that can be used to create blockchain solutions for many different business applications. One of NEM's core features is customizability. NEM's SAS (Smart Asset System) reduces the time needed to code blockchain-based business solutions that rely on NEM. This makes it easier to use from a developer's perspective compared to Ethereum and other similar crypto networks that have virtual machine features. Another notable NEM feature is the Mosaic. A mosaic is a fixed smart asset that facilitates the exchange of stocks, rewards points, votes and more across the NEM network.

Related: What is NEM?

How did we do?

(opens in a new tab)

Powered by HelpDocs (opens in a new tab)